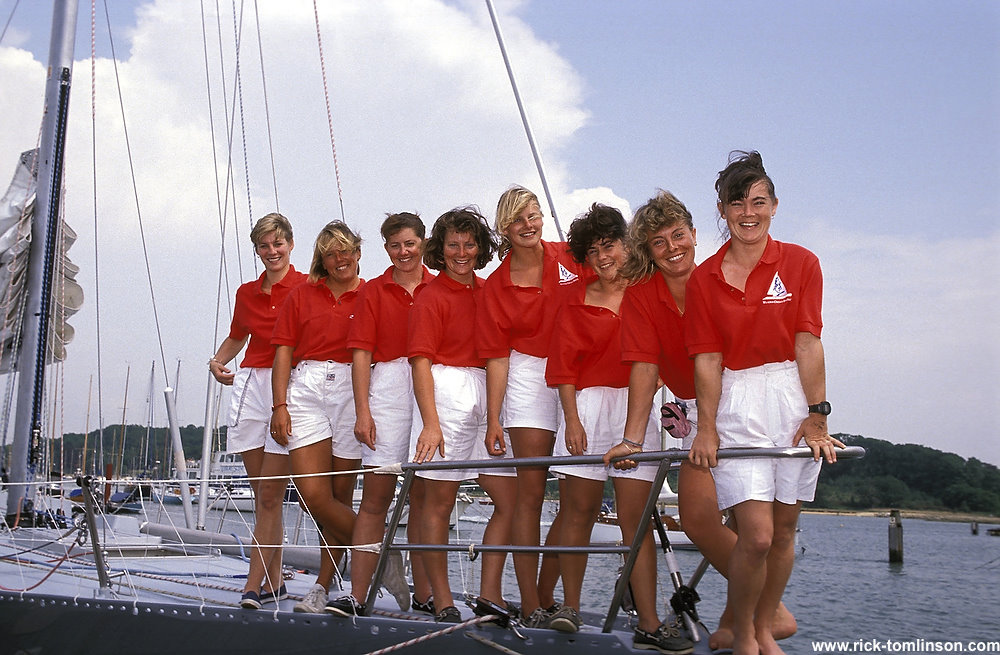 Recently the organisers of the Volvo Ocean Race made an announcement which made me, as a female sailor, very happy. The next edition of the race will see several rule changes including the number of sailors on each crew. All-­‐male crews will be limited to seven whereas mixed gender teams will be able to compete with more sailors giving an advantage and encouraging teams to take on female crew. Ian Walker, veteran Volvo skipper and Olympic silver medalist explains why this makes a difference; “It would be very hard to compete with only seven people on a Volvo Ocean 65 against teams of eight or nine. This new rule will almost certainly force teams to hire women and that will create a great platform for learning.”

It is a step towards equality in the sport, but also a return to something which, in my opinion, has been lost since professional teams started entering the race, way back when it was known as the Whitbread Round The World Race. At its inception in 1973, the Whitbread was a Corinthian race, contested by amateur teams made up of both male and female sailors. Claire Francis, possibly better known as a novelist, was also the first female skipper of a Whitbread yacht in the 1977-­‐78 edition of the race and there are many women who have competed over the course of its history. So why is this announcement such a big deal?

As more and more professional teams entered the Whitbread, they prompted the inclusion of a specifically designed and built class, the Whitbread 60, in the 1993-­‐94 edition of the race and gradually the event moved away from its corinthian roots until it was contested solely by professional teams. These professional teams were all male and less and less women had the opportunity to compete. Tracy Edwards, skipper of Maiden in 1989-­‐90, raced in the 1985-­‐86 edition as part of a mixed team and, seeing the lack of females competing, 5 out of 200 sailors, determined to return with an all-­‐female crew. She duly did in 1989, but met strong resistance and funded much of the campaign herself. Her persistence paid off, however, with Maiden coming 2nd in class and winning 2 out of the 6 legs. But it would be 25 years before the Volvo Ocean Race, as it became, would see another all-­‐female team and it is largely down to Team SCA’s success in the last edition of the race that has prompted this rule change and a move to encourage teams to bring more females onboard.

Sailing is a sport in which mixed gender teams can compete equally, and do to a very high standard at an amateur level. Walk the pontoons early on Sunday mornings and you will see almost as many women as men rubbing bleary eyes as they push off from the dock and head out onto the grey waters of the Solent. Moving away from the competitive side of sailing, the majority of private boats out cruising on UK waters are sailed by mixed crews and sailing schools are seeing a rise in women looking to gain their qualifications.

At FlexiSail, most of our members are couples or families looking to spend quality time together whilst doing something they enjoy. Admittedly many of our female members sail because their husband or partner has introduced them to it and some will concede that without their partner’s enthusiasm for the sport, they would never have thought to try it. However, we are seeing more and more a switch in the roles with a greater number of women becoming the skipper and leading their male partners into the sport.

Sadly though, whilst female sailors from the whole spectrum of sailing are widely respected, the traditional stereotypes remain. During a 3 month sailing trip along the Brittany coast in 2013, I encountered this a lot. Whilst sailing single-­‐handed there was never any question as to who was the skipper, there was only me onboard! However, when I was joined by a male crew for part of the trip, everyone automatically assumed he was the skipper. Highly amusing as he knew virtually nothing about sailing at all!

As with all sports, what happens at the pinnacle inevitably filters down to the lower levels eventually. It seems, though, that in this case, the top echelons of the sport are long behind the rest of us. The question is, how long will it take the other top professional sailing event organisers to follow suit?