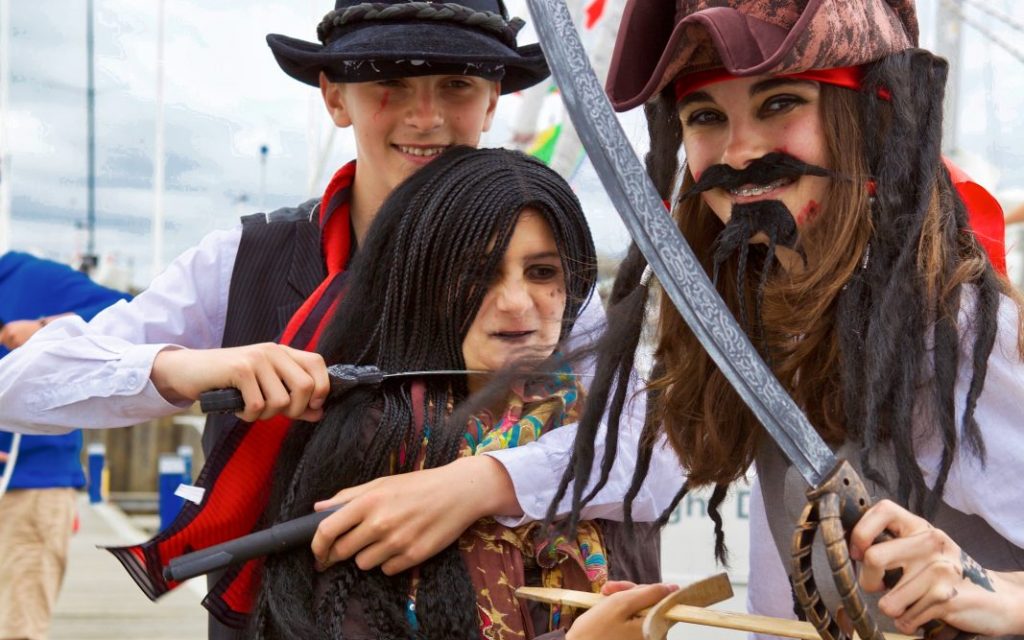 Throughout the years many nautical phrases have made it into everyday language. Just for fun we have put together a compendium of common expressions that originated from nautical phrases and commands with their nautical and more general meanings. As we found so many we have broken this down into two instalments! Part 1 below:

All hands on deck

Nautical: an order for all crew members to assemble in an emergency

As the crow flies

Nautical: when lost ships would release a caged crow. The crow would fly straight towards the nearest land, thus giving the vessel a navigational fix

General: The most direct route

Nautical: a loggerhead was an iron ball attached to a long handle which, when heated, was used to seal the pitch in deck seams – also a useful weapon for quarrelling crewmen

General: in conflict with someone having reached an impasse

Batten down (the hatches)

Nautical: an order to secure hatches and doors and, when simply shouted “batten down,” all gear to be secured

General: prepare for criticism, opposition or your parent’s wrath!

Nautical: an order to assist in the performance of an action

Nautical: to sail downwind rapidly towards another ship or landmark

General: to over throw or crush by force

Between the devil and the deep blue sea

Nautical: the devil seam was the curved seam in the deck planking closest to the side of the ship and next to the scupper gutters, if a sailor slipped on deck he could find himself between the devil and the deep blue sea

Nautical: the last segment of a rope or chain

General: the final portion of a difficult or unpleasant task or occurrence

Nautical: by means into the wind and large means with the wind; ‘by and large’ the ship handled well

General: in all cases or in any case

General: remove or throw away

Nautical: when two blocks of rigging tackle were so hard together they couldn’t be tightened further

General: something is filled to capacity or over loaded

Nautical: turn into the wind

General: align oneself with another way of thinking

Nautical: in front of the vessel directly along its centre line

General: directly in front or straight ahead

Nautical: the treating of worn sails with oil or wax

General: when a situation is steady or individual is even tempered

Nautical: push off when landing in a boat so as to avoid damage or upset

General: defend oneself from others or keep them away

Nautical: when the foot of the sail is unsecured and dances randomly in the wind

General: unattached, especially romantically , and can move and act without responsibility

Nautical: historically naval ships were rated by their number of cannon, 100+ was first rate, 90-98 was 2nd rate etc

Nautical: an area on a vessel for embarking and disembarking

General: a warning to move out of the way

Nautical: fallen over the side

General: said of someone who has veered too far from the norm in one’s actions or opinions

Nautical: an order to be especially vigilant in watching for hazards

Nautical: keeping track of and knowing the function of the lines on a square rigged ship

General: be informed about a situation, job or task

Let the cat out of the bag

Nautical: a sailor’s flogging was carried out using a whip called a ‘cat o’ nine tails’ which was kept in a leather bag – it was considered bad news if the cat was let out of the bag – especially for the disobedient sailor!

General: to reveal a secret or surprise by accident

If you have any of your own nautical sayings, then do drop us a line and we will add them to our collection.