Find out more about The FlexiSail Team

FlexiSail was formed in 2004 to establish a viable ‘boat share membership’ company.  We became the first UK adopter of the concept in Spring 2005 through the licensing of an American system.

The goal was to create an integrated approach for access to quality boats with skill based training and a fun social programme as a complete sailing solution. Its ideology was to create a relaxed, supported environment where members could enjoy yachting and catamaran sailing which is flexible, affordable and fun. Catering to all levels of sailors and encouraging new people into sailing to enjoy this very special pastime.

The concept was rapidly developed, incorporating their RYA Training Centre, FlexiSail Training, into the largest and most successful yachting boat share membership Company in the UK.

The completely unique aspect of FlexiSail is that they provide the ‘ownership’ experience without buying.  By this they mean that members have personal and exclusive use of a high-spec yacht or catamaran that is shared by just a very few other members whilst simply paying an annual membership fee.  The quality of yacht ensures that members have the best possible experience and develop a real pride of ‘ownership’.

FlexiSail are without a doubt Europe’s most experienced and knowledgeable experts in ‘boat share membership’ yachting. They created the model by which others follow.  In 2010 the company rebranded as FlexiSail in order to be able to give greater personal identity to their business and to be able to continue to develop their leading concepts.

In the same year FlexiSail launched the iCalendar, the world’s leading and most sophisticated ‘boat share’ booking system in recognition that ensuring a ‘fair share’ of usage was fundamental to any truly successful ‘boat share’ business. At the same time the iBosun, an electronic embark and disembark system, was introduced.

FlexiSail have continually increased the choice and range of boats with monohull yachts from Dufour, Jeanneau and catamarans from Fountaine Pajot, growing the business every year.

With the cost of new boats and running costs increasing every year, membership through FlexiSail makes so much financial sense. 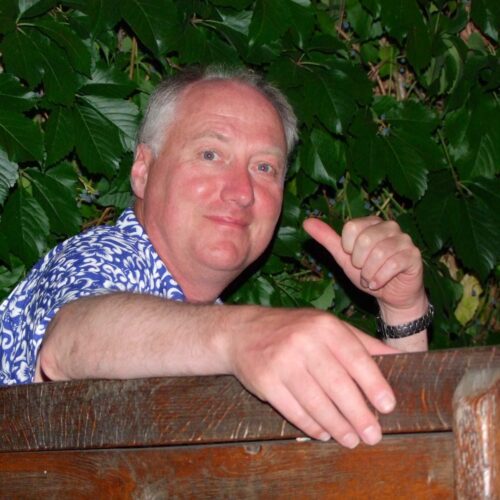 James grew up in the Midlands and took the opportunity to relocate to the South Coast to study Naval Architecture at Southampton's Solent University. He has extensive experience sailing various boats around the UK and Europe.

Nikki has spent much of her professional career within the marine sector, starting in sales at a leading UK marine window manufacturer. She has also worked in marketing for a UK marine exhibitions company.

Paula joined the FlexiSail team in the spring of 2018 as FlexiSail Member Liaison and Training Manager. Coming from a background of working on-board Superyachts within the interior department and latterly working for private houses as a Personal Assistant, she comes with a wealth of client customer service and great organisational skills.

Having competed in various sailing regattas, Round The Island Race and owning a X332 X-Yacht, she is familiar to all sizes of yachts. When not at FlexiSail Paula enjoys being outdoors especially when the sun shines!

Sam joined the FlexiSail Team in August 2017 as Office Manager. Sam comes to FlexiSail following a long career in Brand Marketing at Nationwide HQ taking on a series of senior management roles within the group. Sam's varied career also includes working for EMI Music, and as a trust manager for a charity where she managed the office, dealing with volunteers, staff and suppliers.

Having recently moved to the area Sam and her family are keen to enjoy spending more time on the water, something that they have never had time to do until now.

Toby joined the FlexiSail team at the start of the 2018 season as the FlexiSail Fleet Manager helping to maintain our growing fleet of ​yachts and catamarans. Toby ​oversees all of our management systems and manages our maintenance team with great skill and enthusiasm. He has a fantastic hands on approach and is always prepared to go the extra mile to ensure the yachts are operating smoothly.

He has vast experience having worked for a while as a rigger and then went onto Discovery Yachts commissioning new builds. In May 2010 he set up and ran a yacht management company for four years, working​ worldwide maintaining yachts for private and corporate owners.

Toby ​is a very experienced skipper having commercially sailed all over the world logging more than 60,000 miles on yachts up to 67 feet, and is a commercially endorsed Ocean Yachtmaster. ​Apart from sailing or being with the family​ when not working​, Toby finds time to play the cornet in two brass bands!

Adrian has been part of FlexiSail as their Chief Instructor since October 2014. He joined the Royal Navy at the tender age of 16 and enjoyed an active and challenging 33 years in the Submarine Service. During that time he was fortunate enough to learn, and later instruct, sailing across all three Armed Forces and is now an RYA Yachtmaster Instructor and Examiner.

Between 2011 and 2014, he was able to combine his passion for sailing with the need to earn an income, by cruising around the Mediterranean with his wife Giselle, onboard their yacht ‘Banyan’ during the Summer, and examining and instructing in the Winters in between.

Eliot joined us in November 2018 as part of our winter haul-out team and has progressed through to being our Assistant Fleet Manager where he is responsible for helping to maintain our fleet as the best in the Solent.

Eliot comes with a wide range of sailing knowledge, he holds a Yachtmaster Offshore and has undertaken a busy med season with MedSailors in Croatia. Having particularly enjoyed skippering yachts in the Med, Eliot has decided to broaden his knowledge of the maintenance side of yachting and is thriving under the tution of our Fleet Manager.

In his spare time you can also find Eliot on the golf course!

FlexiSail provides such a high level of personal service. I have never received anything less than perfect service - I can think of no ways in which they could provide a better service.

Looking for impartial information on how best to sail or like our NEW 2020 brochure?